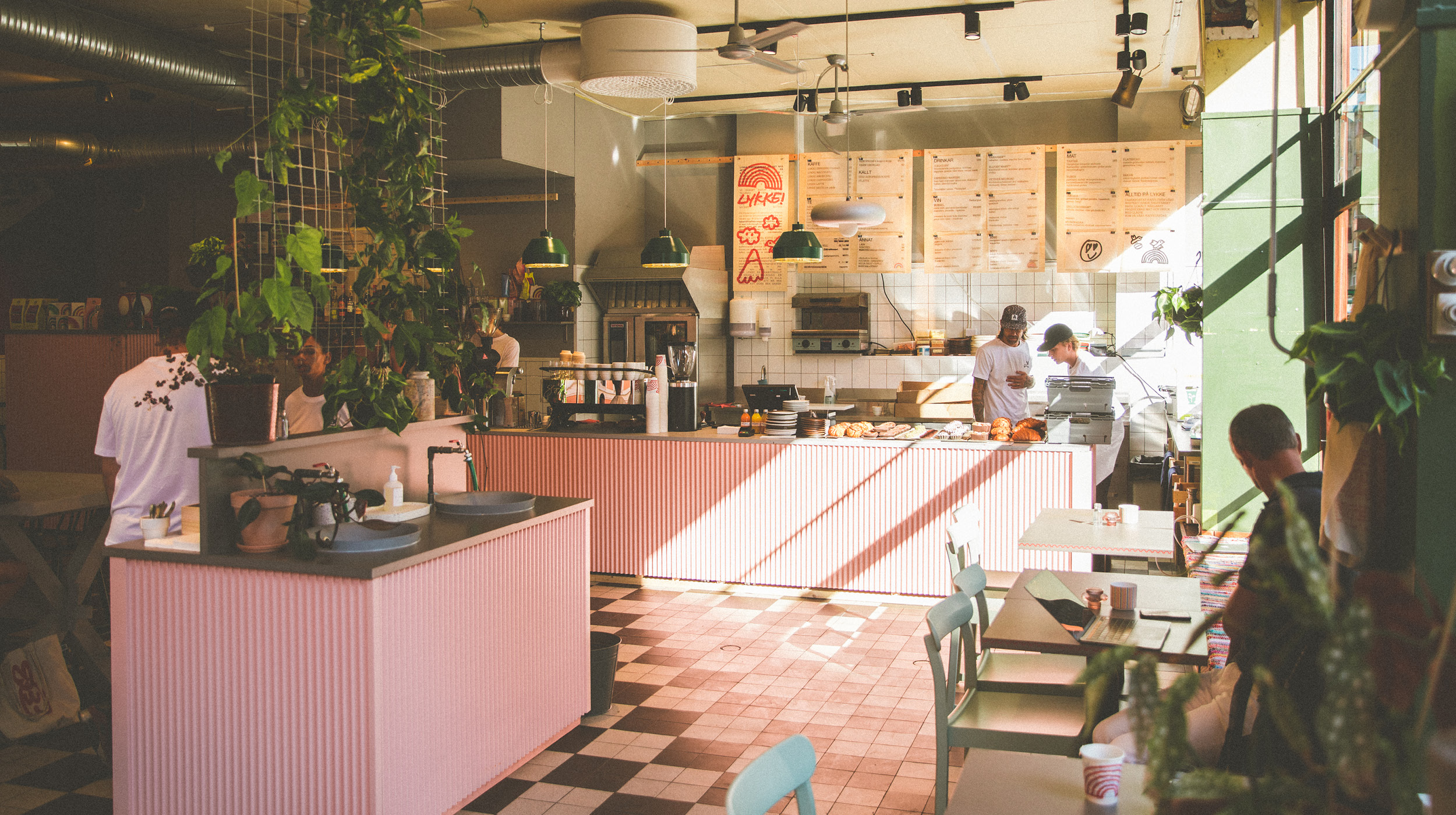 The Swedish coffee market is one of the most competitive in the world, and in recent years many international actors have gone into Sweden, but with varied results. Lykke Kaffegårdar may almost be described as the opposite.

Their purpose is to create a new level for how a coffee company can function. Challenging the customary way of cultivating, purchasing, and roasting coffee, with the humble objective of changing the coffee industry for the better. 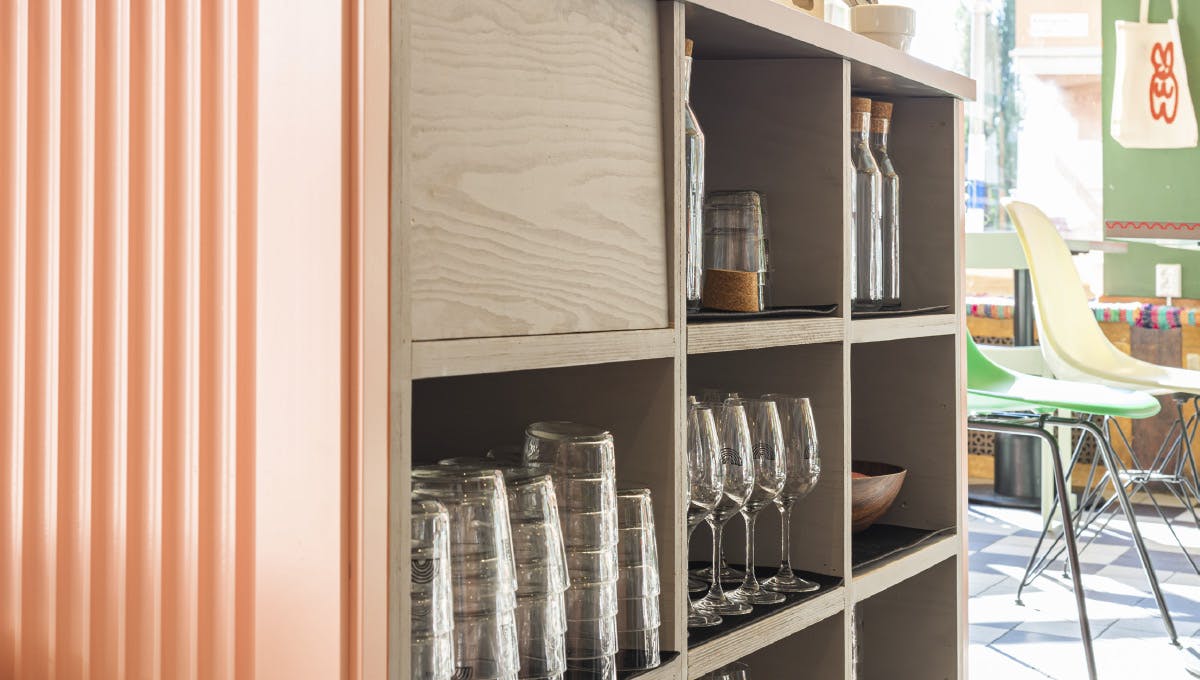 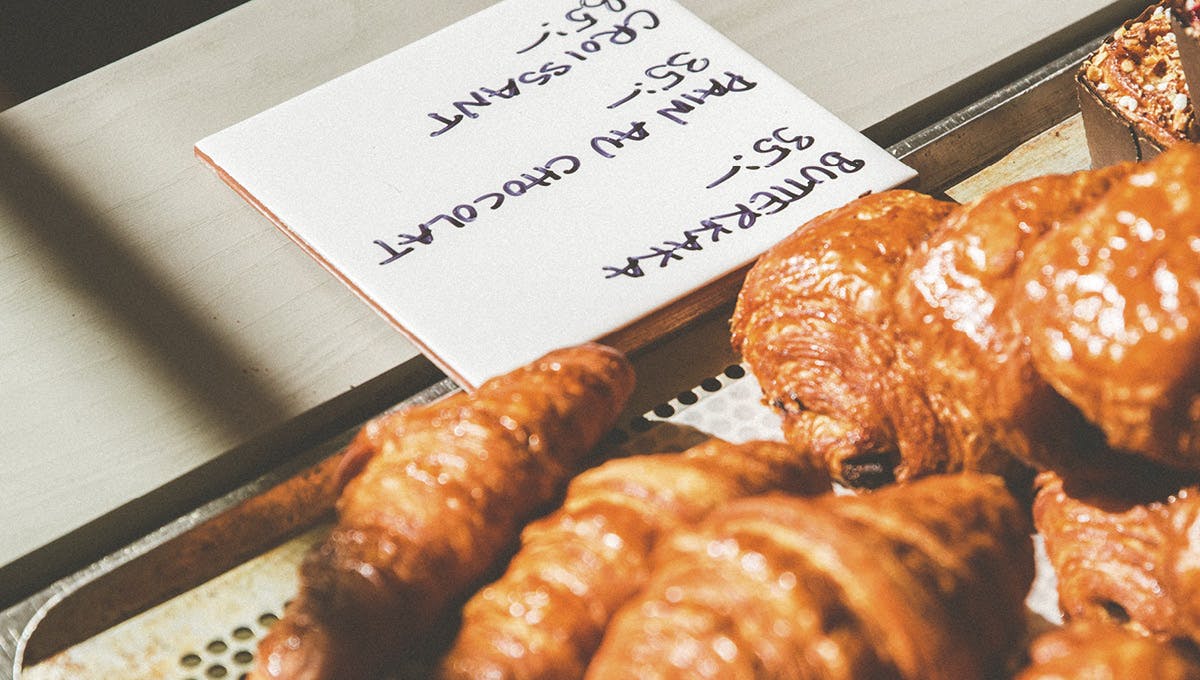 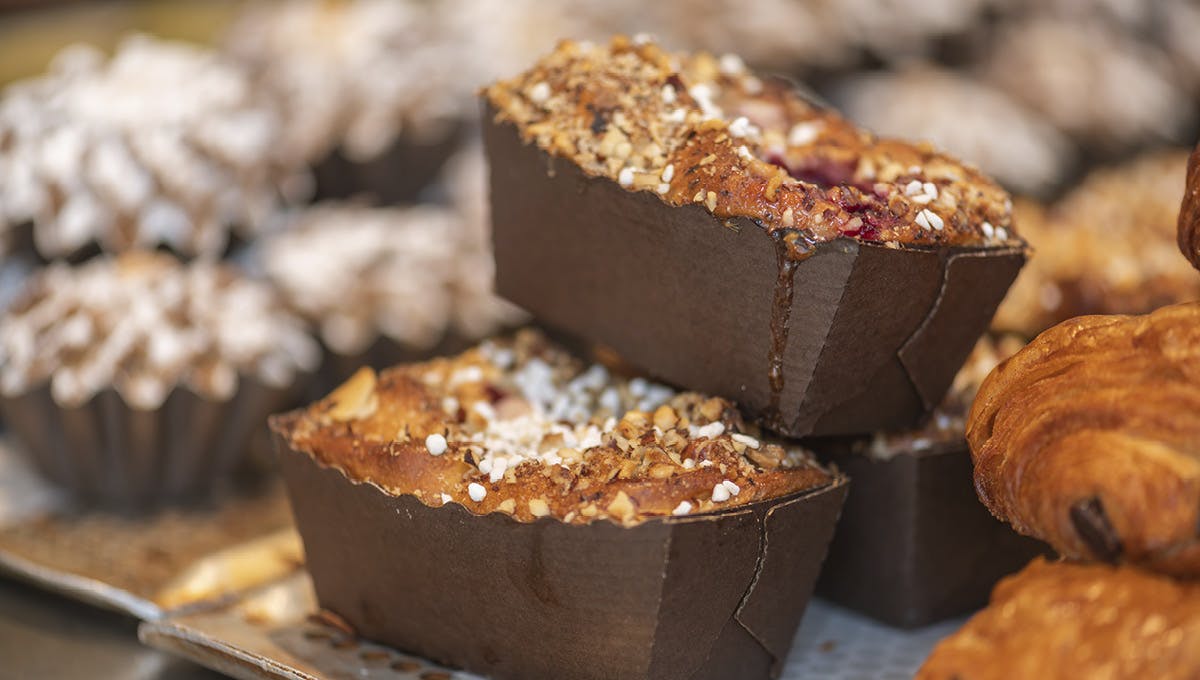 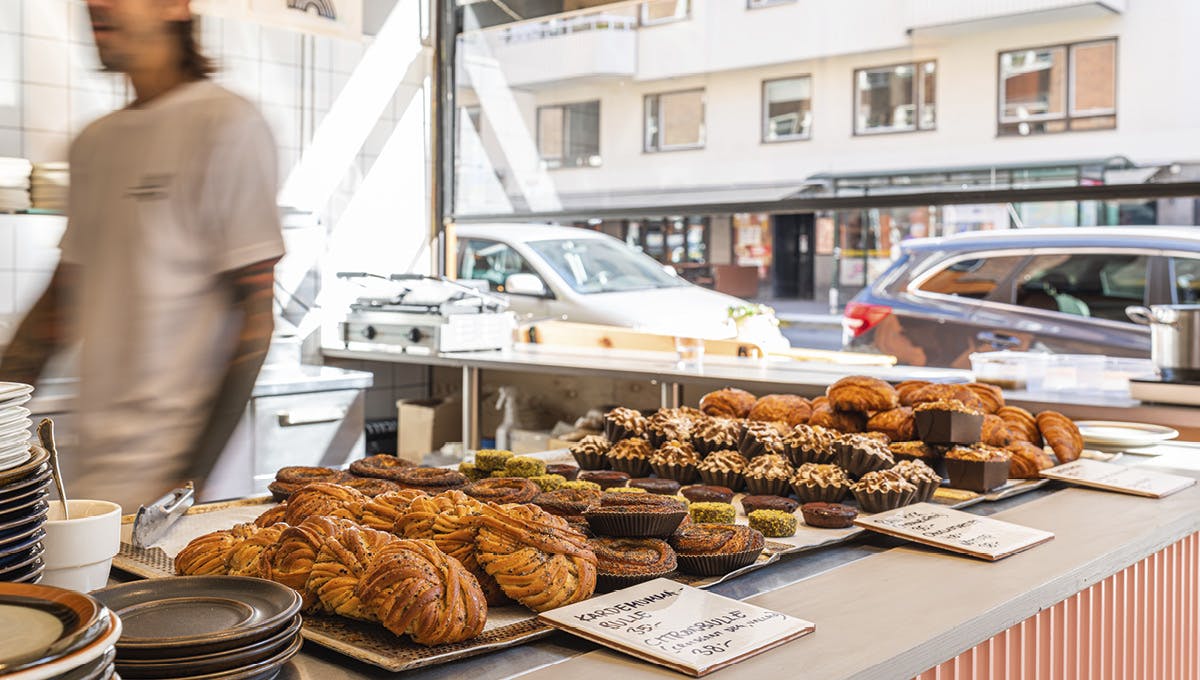 Lykke Kaffegårdar has now taken over Café String at Nytorget in Stockholm. Their offerings include everything from coffee and cake, to a light meal, craft beers and cocktails. All with an emphasis on sustainability and local production. In collaboration with Reactor, Lykke has created a new, unique meeting place in Stockholm.
Imperfection, folksy & unpretentious were the keywords when Reactor assumed the task of producing an interior concept for Lykke Kaffegårdar at Nytorget. 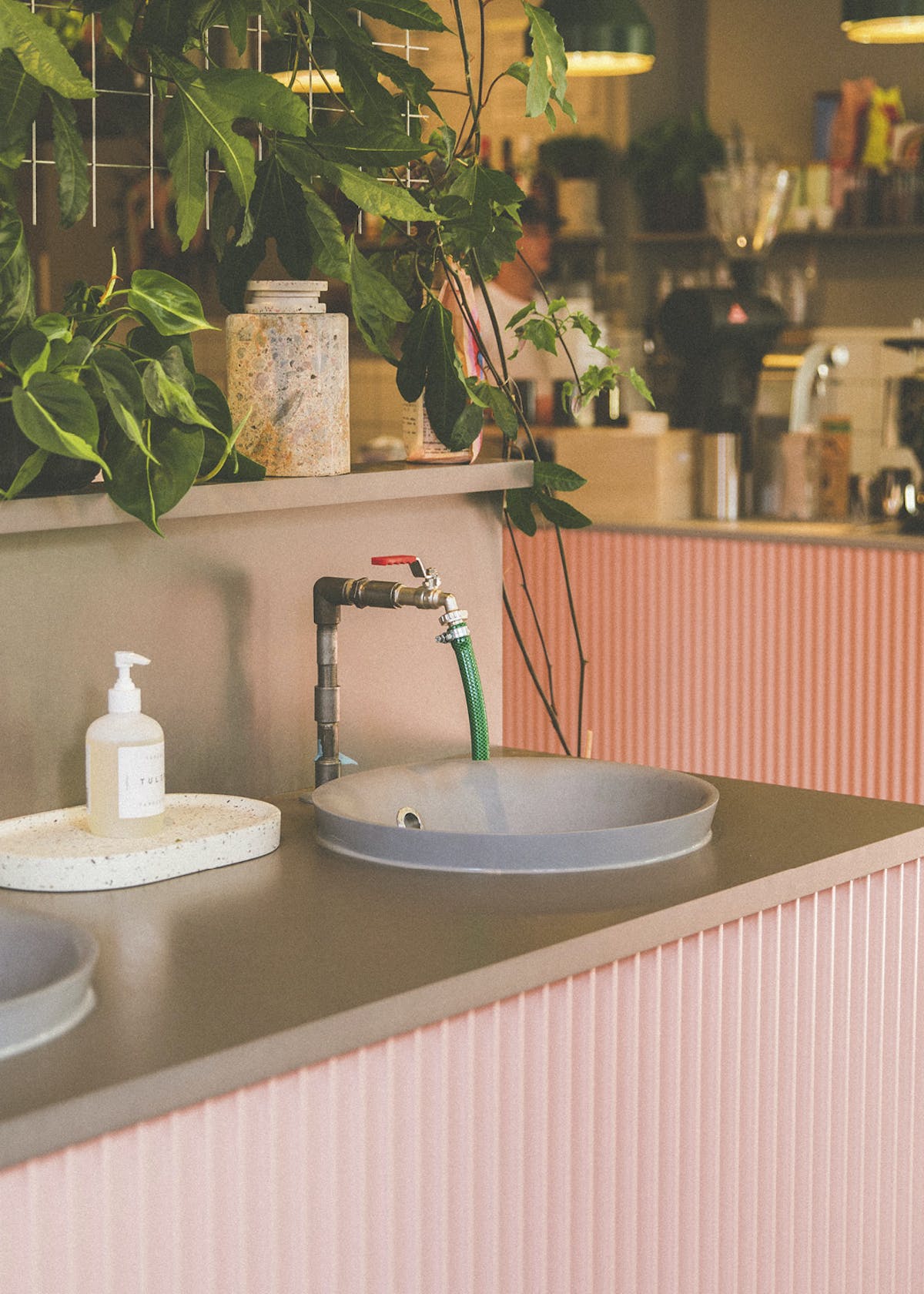 When Lykke called us and said that they had taken over Café String, we felt a knot in our stomach. This was because we, like many others, had spent quite a number of hours in the worn armchairs. At the same time, Covid-19 arose and quite suddenly there was a before, and an after, for boom time design. To flush out the premises and replace everything with ”new and fresh” stuff seemed completely wrong in many ways, but first and foremost because the premises had so much inherent value in their walls, the floor and the details that would be lost. 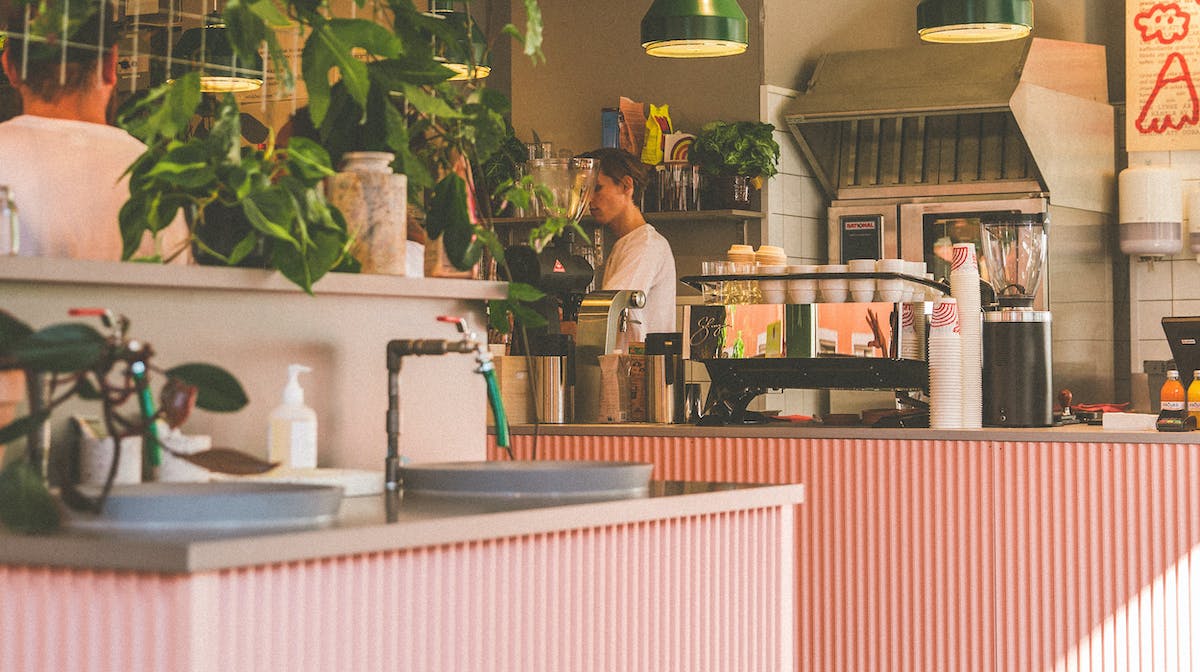 Our proposal was based on leaving much of the premises undisturbed in order to then add the Lykke feeling that is found in their fantastic visual world, in the people and in their concept of working locally. 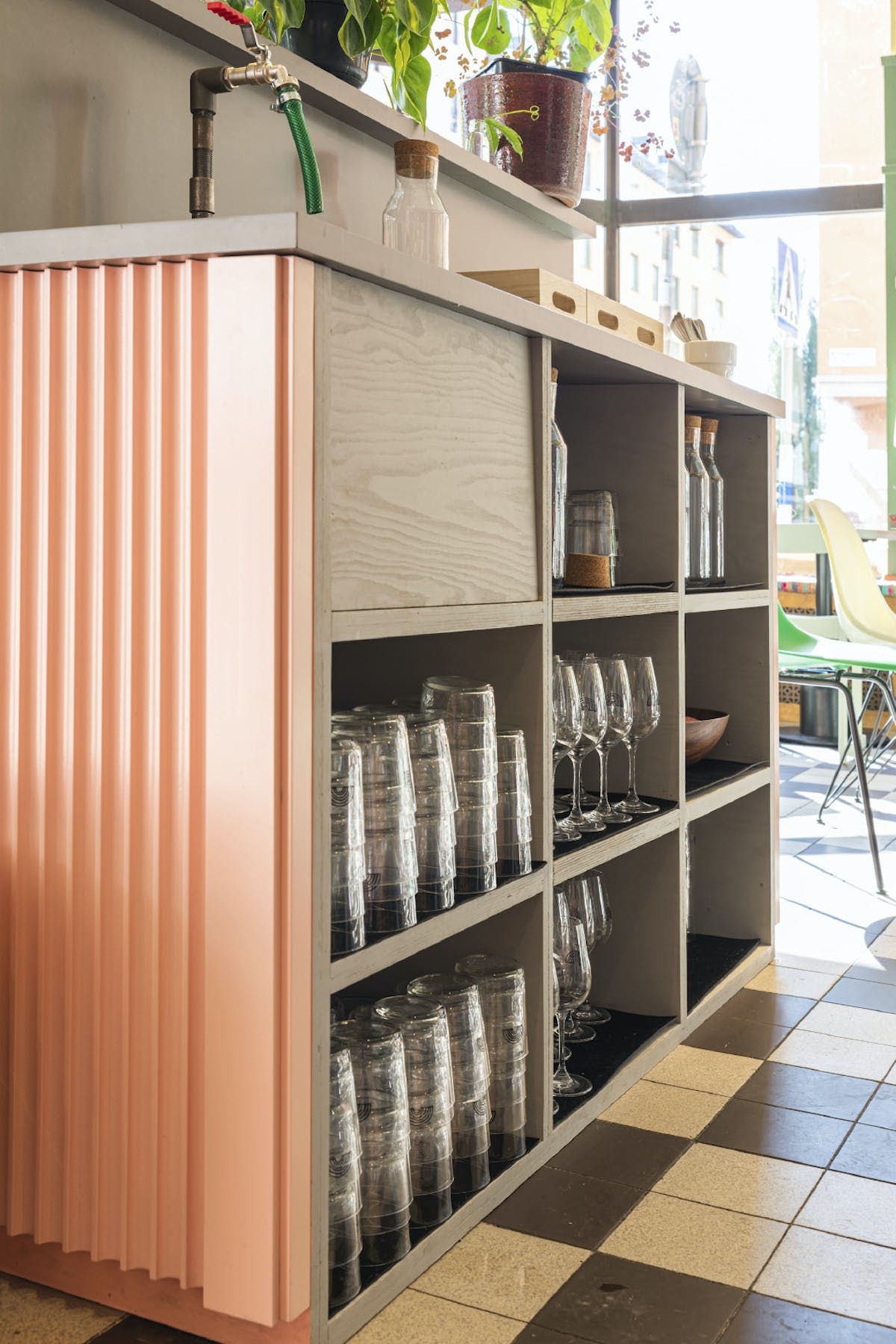 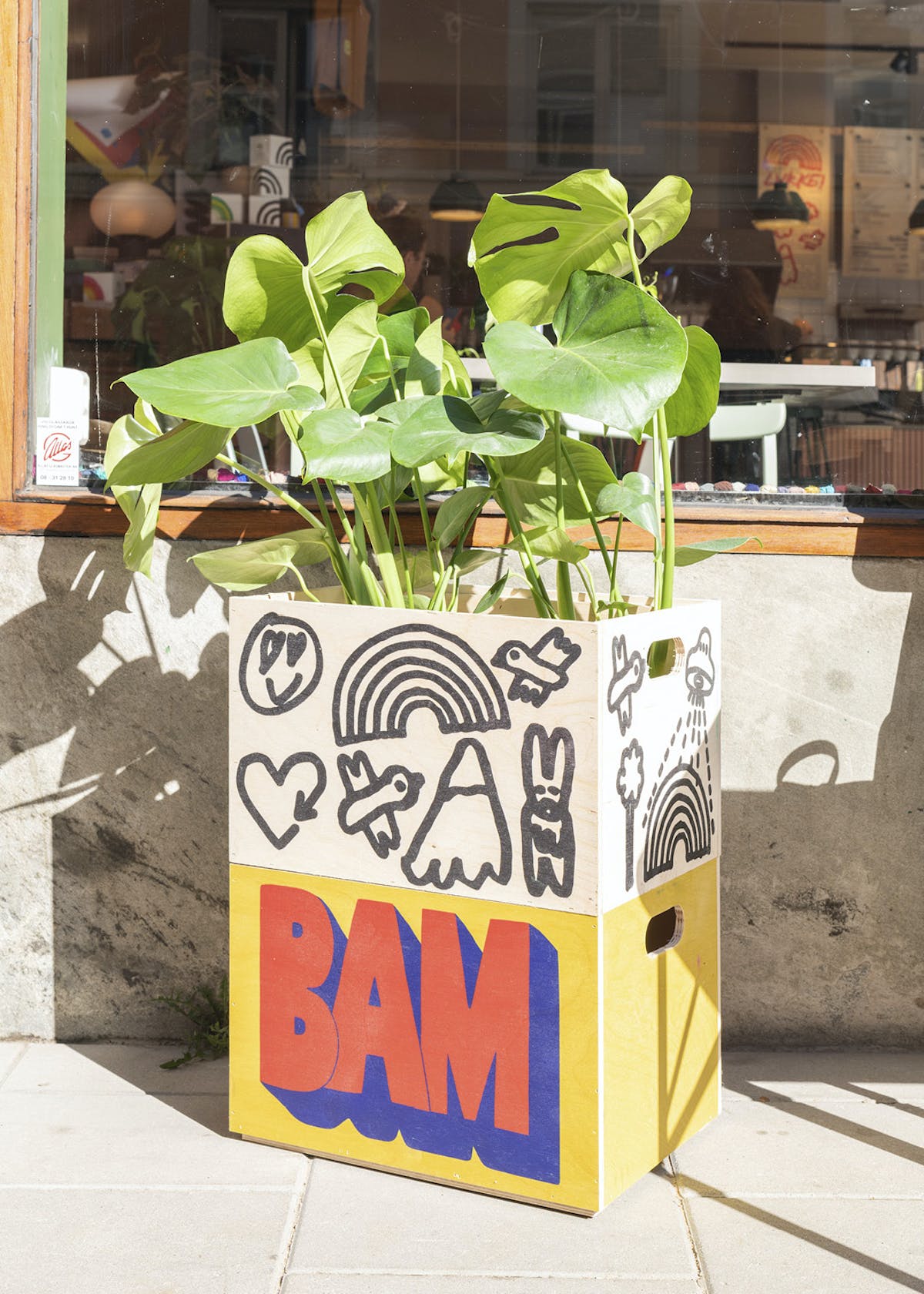 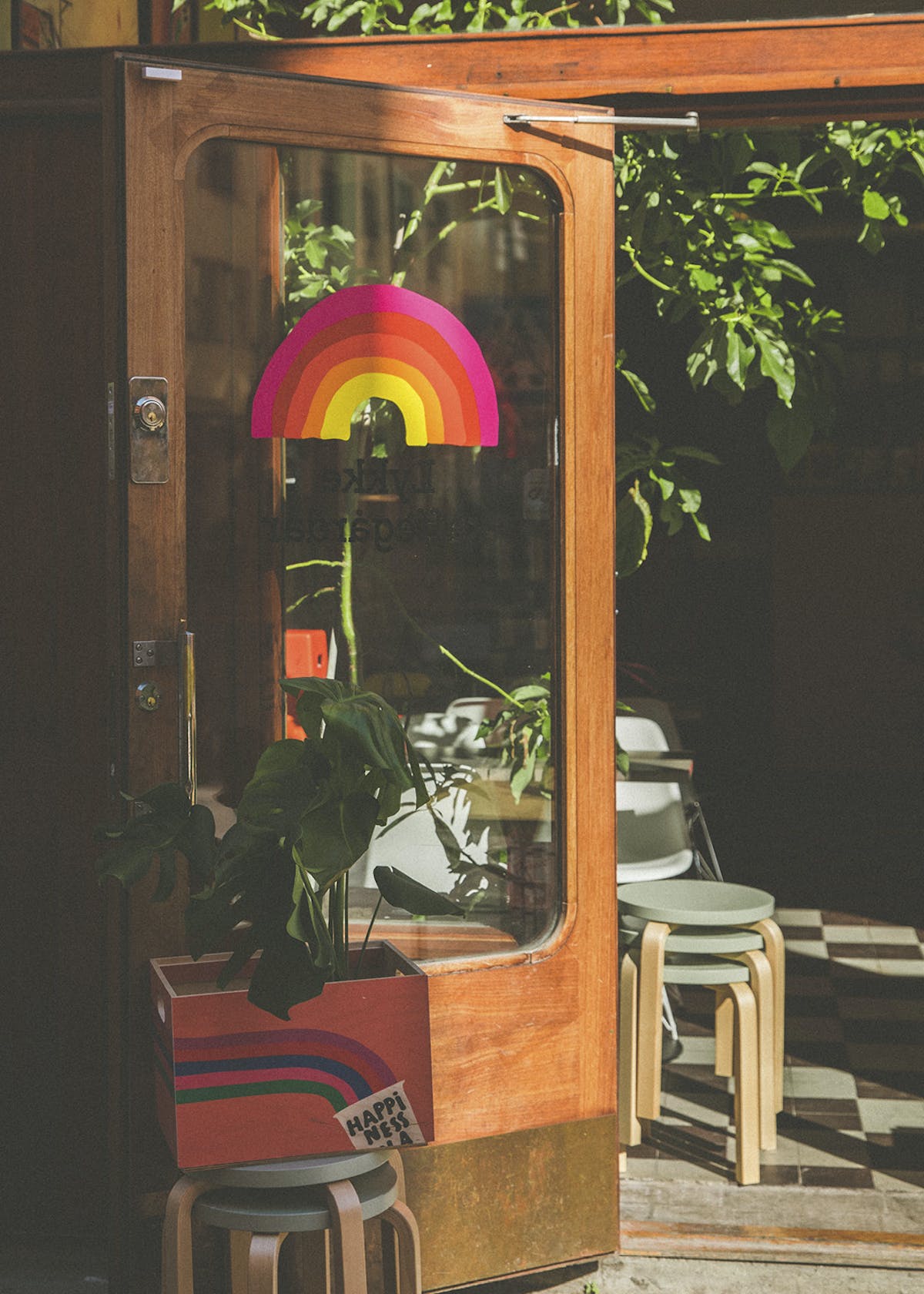 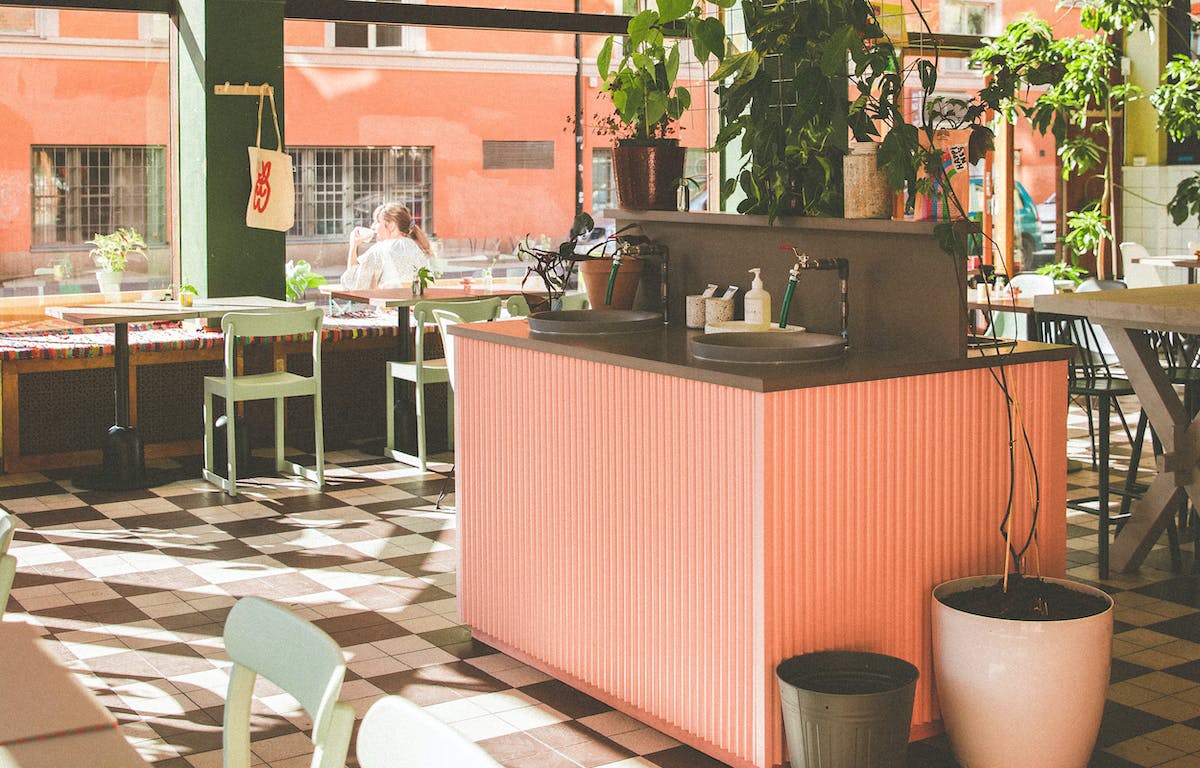